New in the Flatrate

With the cinefile subscription Stream99 you get 99 films for 9 francs a month and many other benefits. MORE 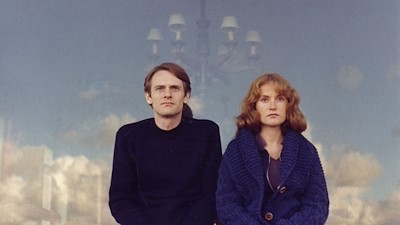 The shy Pomme meets the philosophy student François during her vacations in Normandy. François becomes her first lover and she moves in with him: head over heels in love, the young and inexperienced couple returns to Paris with big dreams. But their social and cultural differences stand in the way of happiness. The student for whom she had unconsciously saved herself, will, without meaning to, ruin Pomme. 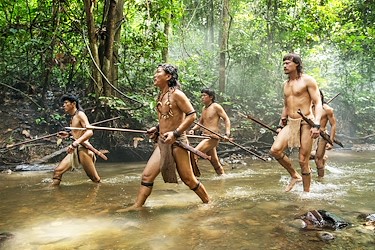 Based on a true story: Searching for an experience that goes deeper than modern civilisation, Bruno Manser travels into the jungles of Borneo and finds it with the nomadic Penan tribe. It is an encounter that changes his life forever. When the existence of the Penan is threatened by relentless deforestation, Manser takes up the fight against logging with courage and determination that makes him one of the most renowned and credible environmentalists of his time. Eventually, it costs him everything. 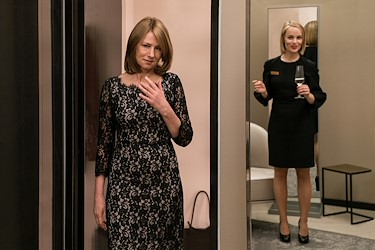 On her 60th birthday, the grumpy civil servant Lara has little reason to celebrate. Her son is giving a solo piano concert that evening. Unlike her ex-husband and his new partner, Lara, once a piano talent and her son's drill master, is not invited. Lara parries the affront with a ruse and is forced to think more thoroughly about what actually constitutes a fulfilled life.

Mohamedou Ould Slahi, imprisoned by the U.S. government, has been held without trial at Guantánamo for years. At the end of his rope, he finds two unexpected allies in attorney Nancy Hollander and her associate Teri Duncan. Their controversial defense uncovers shocking truths and proves once and for all that the human spirit cannot be locked away. 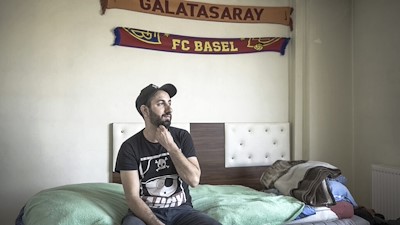 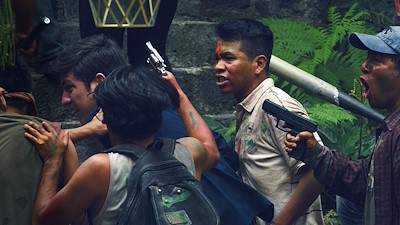 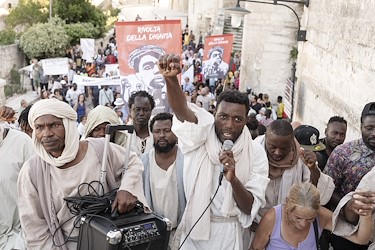 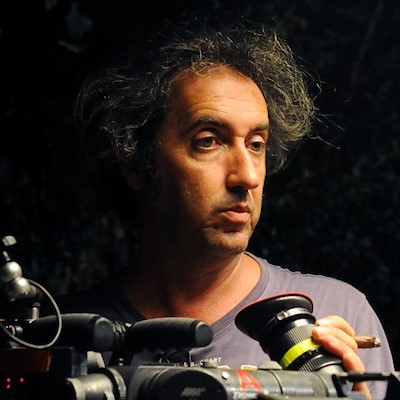 Italian director Paolo Sorrentino will be honored with the Zurich Film Festival's Tribute Award on September 29 – an ideal occasion to highlight three of his outstanding films on cinefile. Sorrentino is one of the great magicians of recent Italian cinema and is often placed in the tradition of Federico Fellini. His films combine social criticism with an irrepressible lust for life and a mischievous delight in profound scenic and visual ideas. Ironic, melancholic and hilarious moments go hand in hand and combine to form a dazzling picture of contemporary Italianità.

Loro, 2018
A moral portrait of Italy between 2006 and 2010: a merry-go-round of corrupt politicians, entrepreneurs and courtesans, with Silvio Berlusconi shining at its centre.
Youth, 2015
Harvey Keitel and Michael Caine in an alpine spa hotel: of the eternal youth that still resides in these aging bodies.
La grande bellezza, 2013
The joie de vivre and decadence of the Roman intelligentsia and socialites culminate in a great celebration.
Italian director Paolo Sorrentino will be honored with the Zurich Film Festival's Tribute Award on September 29 – an ideal occasion to highlight three of his outstanding films on cinefile. Sorrentino is one of the great magicians of recent Italian cinema and is often placed in the tradition of Federico Fellini. His films combine social criticism with an irrepressible lust for life and a mischievous delight in profound scenic and visual ideas. Ironic, melancholic and hilarious moments go hand in hand and combine to form a dazzling picture of contemporary Italianità.

In Bonnie Scotland (1935) Laurel & Hardy were hired to collect garbage. Demonstration of their dance steps.

Six films about flight and migration 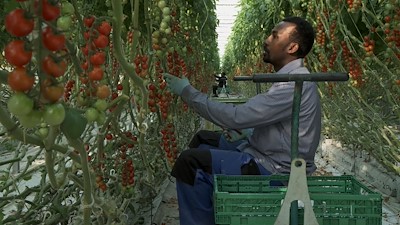 Eldorado
Markus Imhoof, 2018
How refugees and migrants are treated today: on the Mediterranean, in Italy and in Switzerland. 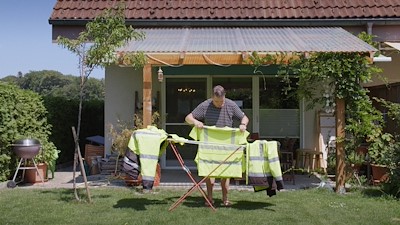 Volunteer
Anna Thommen, Lorenz Nufer, 2019
The volunteers on the beaches of Greece and how the mission is changing their lives. 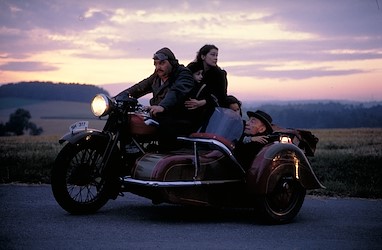 Das Boot ist voll
Markus Imhoof, 1981
Of the harsh Swiss refugee policy during the Second World War - the counterpart to "The Last Chance". 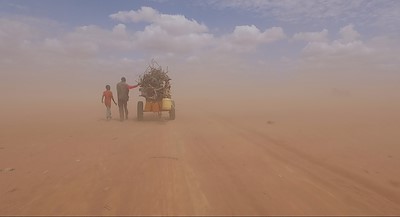 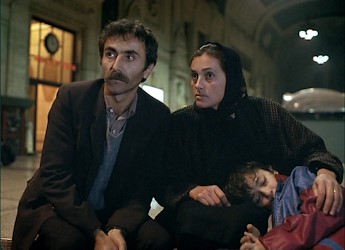 Reise der Hoffnung
Xavier Koller, 1990
The drama of a Turkish immigrant family in the Swiss mountains. Based on a true story and Oscar-winning. 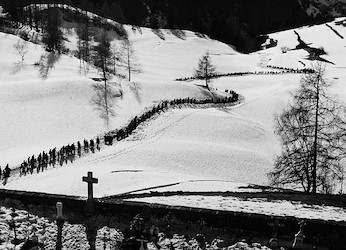 Die letzte Chance
Leopold Lindtberg, 1945
A rag-tag group of refugees escape across the mountains to Switzerland during the Second World War.

That's good to know: The registration on cinefile is free. If you want to trial Stream99, try with the monthly subscription which can be cancelled on a monthly basis.

Get your subscription test

cinefile is the streaming service for lovers of international and Swiss arthouse and independent movies. Three years after its launch, the online platform already offers more than 600 films, including over 200 Swiss productions. The streaming selection ranges from upscale entertainment to rigorous art films. The platform is curated by proven film experts around the well-known Swiss film critic and cinefile founder Andreas Furler. "The basic idea of cinefile", says Andreas Furler, "is that we provide what we never found at Netflix & Co: Films that were still showing in art house cinemas, as well as reprises and classics. Even the distinction between arthouse and mainstream does not bother us, as long as we like a movie. We do not compromise on quality. We don't want to offer as many films as possible for streaming on cinefile, but as good as possible ones. Class instead of mass, that's our motto."

The film selection is still growing continuously, as it is constantly supplemented by the best new feature films as well as selected reprises, classics, documentaries and short films. Almost all films are available for single rental with the Basic registration without any subscription obligation. The movies are all available in HD with selectable subtitles, some of them also in German or French dubbed versions, and streaming is easy: If you have deposited a credit card, each new film is available at the click of a button. With the AirPlay function of Apple TV or a Chromecast plug, you can also stream the films easily on your big TV screen. Streaming on cinefile is only possible in Switzerland and Liechtenstein for licensing reasons.

Stream99: The best films with an attractive streaming subscription

One of the unique features of cinefile is the Stream99 subscription. It bundles 99 of the best and most popular films into a collection that can be watched in a monthly or annual subscription for 9 or 90 francs respectively. Every week 1-2 new films are added to the Stream99 library, while the oldest films are dropped, so that the selection is constantly renewed. However, since the newest movies are not available for streaming flatrate offers, Stream99 subscribers of course also have the possibility to stream movies in single rental and thus access the complete online collection of cinefile. Conversely, as a small thank you to our Stream99 subscribers, individual films are available exclusively in Stream99. At the moment, these include two classics by Abbas Kiarostami and a cycle of documentaries by Agnès Varda. Some other Stream99 highlights: "The Rider" by Oscar winner Chloé Zhao ("Nomadland"), "Memories of Murder" and "Mother" by Oscar winner Bong Joon-ho ("Parasite") as well as "Molly's Game" by Aaron Sorkin. You can find the whole overview here.

One of the special features of cinefile is the bonus material that accompanies all streaming films online and helps to classify them: short reviews and in-depth reviews, video essays, live interviews or portraits and background analyses in written and cinematic form. These trouvailles from the worldwide web of cinéphilie are compiled by our editorial team with the same effort and verve as the films themselves.

A wide range of genres and selection criteria

On the streaming platform cinefile, we offer a wide selection of genres: Dramas, comedies, crime and thrillers, documentaries and children's films, westerns or science fiction.... To make your choice easier, we are currently working on a filter system that will allow you not only to select genres, but also to narrow it down according to other criteria such as the country of origin or the languages of a film. This sophisticated "film finder" will go online on cinefile in autumn 2021. However, you can already mark as many films as you like in your personal watchlist, which is structured according to current cinema films and streaming films and also shows all films that you have already watched on cinefile.